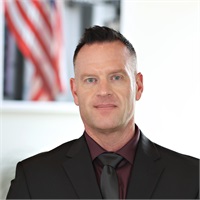 Mr. Morrow grew up in Pasco WA (Tri-Cities).  He graduated from Pasco High School in 1991 then attended Columbia Basin College with plans to enter the law enforcement industry.  Around that time he "accidentally" entered the world of finances.  He was intrigued.  At first he worked for a captive financial agency, soaking in the knowledge and training that was provided in this type of environment. He gravitated to wanting to help his retiree type clientele. However, in the captive environment his frustration grew as he was limited to the type of financial products he could offer.

In 2002 he became independent of proprietary products and went to work for an independent firm.  In this world he was able to work for the client, NOT the financial companies.

September of 2003 found Mr. Morrow with an exciting opportunity. While working for the independent firm, he started his own Corporation, Morrow Financial Group Inc. Even though this structure was advised as a business and tax benefit, he knew that someday he wanted to implement his own vision and ethics into a completely, proprietary venture. In June of 2008 he formed a DBA which is now 3 Rivers Financial Group.

Mr. Morrow spends his free time with his family. His current community involvement includes the Kennewick Lions Club and sponsoring Tri-City Young Life. In the past he has helped out with the counties annual homeless count and is a founder of the Kennewick Police Department Foundation (a non-profit). His hobbies include anything financial, fictional, movies, reading, and writing (he hopes to one day have a book published that discusses some of the hidden truths in his industry).

He credits his successes first because of his faith and second, because of the constant support of his family. He and his wife have three children and a basset hound.

He truly stands for family values and ethics in all that he does within his community and business relations. He is honest, upfront, and straightforward.